Smoke Free! How to Take Back Control of Something that May Be Controlling You 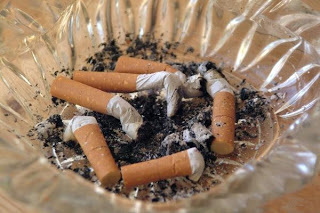 Jack Nicholson was recently seen emerging from a restaurant puffing on

a fake cigarette. This was an aid to stop smoking.

Jack has smoked for ‘donkey’s years’ and perhaps now, push has come to shove and he is resolved to stop smoking. So, let’s watch him ‘suck it and see’.

We have all been in these situations when we’ve wanted to overcome a bad habit and we ended up resorting to commercial solutions from gums and diets to pills.

Taking control – a Client’s Experience
I spoke with a client a few days ago, who was going to accompany her friend to a session to stop smoking. Two women – call them Mary and Martha – were supporting each other, although the sessions would have been individual and separate. We spoke for some time on the telephone and then Mary made two consecutive appointments. But … the day before the first appointment, Mary texted me to say that although she was bringing her friend, she was going to stop on her own.

A week later she called me to say that I had helped her stop. In fact I had positively talked myself out of business!

“The great thing about smoking cessation”, I said, “is that you are taking control of something that is presently controlling you, and so your confidence, your self-esteem, and your sense of possibility soars. You begin to wonder, what else can I take control of in my life? Stopping smoking puts you in the driving seat, and your sense of inner power and strength grows and grows.”

My potential client said, “When you told me that, I had all these images of myself in my mind … free of smoking and other things that hold me back. Even though I have so many friends who are still smoking, I have kept my resolve, and your words impressed me so much. I’ve been telling people about you. Everyone I know smokes non-stop! I almost had a superiority complex I’ve felt so proud of myself.”

Stop Dying and Start Living
Mary concluded “Smoking is a slow suicide.” Now, that is a memorable statement. Think about it. Are you slowly committing suicide when you smoke?

Do you feel in control in your life?

Mary certainly was in control.

Gain control of something that is controlling you now. Interactive hypnotherapy may well be your passport to freedom.