Notes from a Boomer Vegetarian

Meat and I separated twenty-seven years ago during my first foray into Goa. I observed an ageing sacred cow ambling at will, keeping the traffic in thrall, with ancient Hindu dogma directing her fate. I decided not to eat meat. The tough old cow would surely not taste good anyway. I was in awe of a culture fresh and new for me, and the time was ripe for me to change. I adopted a pescetarian persuasion. Tuna was a staple fish, and I devoured plates of newly discovered vegetable pakora, and curries galore. The transition was sealed, and I continued this dietary shift with ease back in the UK. The only thing I missed was my mother’s Yorkshire puddings that had always emerged from the meat dripping, sufficiently fluffy for angels to sit upon, and the oddly named toad-in-the-hole, which was essentially Yorkshire pudding with sausages, sequestered in the mix. I never sought out an alternative, preferring to become a more knowledgeable vegetarian cook. With the sole exception of my father’s visits to London, I never cooked meat again. For him, I did prepare the traditional Sunday brunch. And, as my knowledge and journey continued, my choice of fish scaled down to a few. Twenty-seven years ago there was Food for Thought in Covent Garden, which offered wholesome vegetarian meals, and in a more upscale context, Giovanni Quaglino’s in St James (by then taken over by James Conran), which all those years back seemed always to have a creative array of vegetarian dishes.

My only trauma during those early days was the rare exclusion from friends’ gatherings. So different now! In those days, eating vegetables and fish was ‘inconvenient’ as many a main course dinner parties was meat. The Irish, I recall, had no problem with defining vegetarian as potatoes and two veg. Likewise the French. Before my dietary leap, I had on two occasions opted for employment, picking grapes during les vendanges, at a château in the town of Ville Franche.  Within the crew were a group of English who were vegetarians. The Countess refused with simmering irritation to pander to their diet. “Laissez-les manger des pommes de terre” she heckled. “Excentriques anglais!”

For years, even in the heart of Paris, one encountered, vegetarian sausage and burgers constructed of textured vegetable protein (dehydrated soy). In my thinking, food resembling meat just never appealed, and was never touched. Meat, and the associated vocabularies, have been out of sight, and out of mind.

For all these years I have eaten within the vegetable realm, an increasingly reduced dairy realm, and with an ever narrowing perspective on fish. There are few and fewer acceptable fish swimming in my mental depths. I’m open to education and change, always. In Montreal, a young vegan illuminated my view of eggs and, as I write, Jess Kalisiak, Sustainability Manager, and Marine Biologist, at Six Senses, Krabey Island, Cambodia, presented a visual lecture that provided food for thought as to the consciousness of prawns and shrimps. Increasingly I am vegan in the home environment and open to be challenged. As veganism has stepped into the fore, the Millennial voices have amplified awareness of it. A seismic shift happened.  Previously Generation Y didn’t even tick the vegetarian box. Two years ago, Gen Y turned vegan during January, and were transplanted diehards by February. Veganuary was evangelical in changing minds and changing diet, and this coincided with the brilliant re-branding of vegetarian, and more accurately vegan, as plant-based dining. Millennials mindfully placed their nutritional persuasions firmly in the plant-based camp. 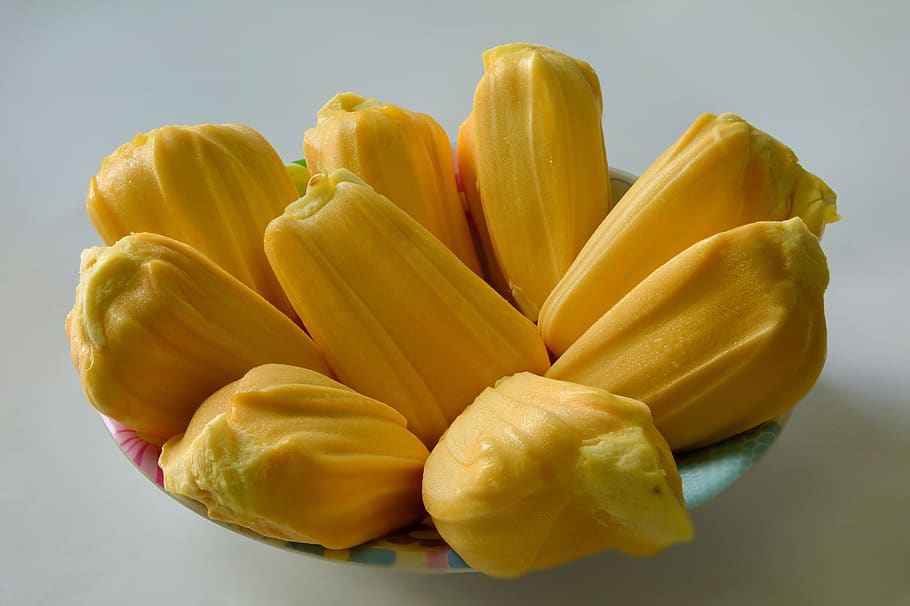 Before this, organic farms had been promoting health for decades. Permaculture had been emerging over two decades. Vertical gardening more recently. Agrarian practises did not impact. None propelled the shift as did climate change rhetoric and science. What took hold and flourished, in the enquiring youthful mind, was a growing and fully integrated understanding that meat production was no longer sustainable, and that, particularly, the Methane, and CO2 emissions from meat farming were hugely responsible for the climate change on their planet. Choosing a plant-based diet was a pro-active turning point for the zeitgeist that happened seemingly overnight. The notion of sustainability was a trope of attraction for veganism to take root. The new roots have endured. The eulogy of the planet, was already being written. Gen Y, and many more, took massive action to interrupt that flow. Moreover, animals increasingly got a cruel, dismaying and diminished justice.  A pitiable lot.

What is a phenomenon is how the vocabulary of vegetarianism and veganism is increasingly being cooked up as a seeming meeting with meat. Agreed, faux meat. Why is it, I wonder, that meat is getting such regular menu-mentions?

The vocabulary of meat had fallen from my lexicon. I have come to ‘feel’ (for me) the metaphorical stench of a meat-selling emporium, and would choose to give one a wide berth. Of course, others eat flesh around me, free of rebuke. Live and let live is a tad ironic, but others, always must choose what they wish to do. Health and wellness are influencers, and the responsibility we must take for our own health. Vegetables for the most part (the exception being ‘nightshade’ plants, for some) do not create disease. A driver to plant-based eating may be a journey to wellness via cancer, and plant-based dining is a sure way to embrace and affirm continued wellness. The recognition of ‘fasting’ and the ‘five-two’ diet, is itself a celebration of individuals’ stepping up to be their own influencer upon their personal health. My friend, is one who had chosen this path, and had, in planning a dinner meeting, chosen a newly celebrated vegan restaurant in Farringdon, London. We both pondered the menu, and my friend vocalised what I was thinking.  Why, he said, are there so many references to meat, in a vegan restaurant? Is the ‘Pulled Pork’ option to pull in the Millennials and other meat-eating marketing sectors? Curiously the references to meat in this establishment seemed as flagrantly contentious to him, as a meat-eater, as they were odious to me as a non-meat-eater. We both chose the ‘luxury’ celeriac vegetarian lasagne.

So what brought on a discourse of such length? Standing tall on the small Cambodian island where I am presently adrift is a tree labelled ‘Wild Jackfruit’. I had never seen one up close before and took a photograph for a passionate vegan friend.  Linsi Caldecourt’s passion has been a driver in her awakening the restaurant community in Malta, and in particular, Valletta, to the potential and the reach, of vegan culinary creativity.  It was her pictorial postings that first alerted me to the sudden stardom of the jackfruit.

The creative re-invigoration of plant-based recipes emerged amongst chefs and wannabe chefs whom I choose to compare with a group of artists in nineteenth century France, called the Fauvists. This group of artists experimented with colour as plant-based chefs have stretched the limits and the expectations of what a regular fruit or vegetable could do. Moreover, they extended their reach beyond Europe, and into Asia.

For a meat eater, the jackfruit may need some introduction. Jackfruit is indeed a fruit. Cumbersome, and studded. Larger than a rugby ball. It is rooted in Asia, and is nutritionally rewarding. I am surmising that artful boundary-pushing chefs took jackfruit out-of-the-box and discovered it to be a culinary chameleon. The mild-tasting flesh and the texture, in a similar way to tofu or tempeh, has been found to provide a ‘blank canvas’ for the fauvre-flavouring chef to add whatever spice and flavour panels wished for. The Jackfruit’s essential blandness successfully allows for Indian, Mexican, and other favoured flavourings to transmute it into whatever cuisine one may wish it to be. A chef can culturally appropriate the Jackfruit without being accused of misappropriation. Would the jackfruit consent to being an overnight star and Instagram sensation, and a stand-in for meat? I will not begin to discuss the drum-beat of the beetroot — previously an innocent underground. Now, up-rooted — full-blooded, and bleeding — drumming the beat as a beetburger!

So my point is this. All is acceptable to the Millennials and others, fresh to the plant-based polemic. But what of the old-school — those stalwart subscribers to the Vegetarian Society and Vegan Society? Has ‘meat’ been lost within their lexicon, too? Is the mention of meat as distasteful and potent upon a menu as on a plate? At the time of writing, I have emailed both societies for a response. Is the answer a fresh-jackfruit-driven vocabulary for the ‘old school’ herbivore like me? 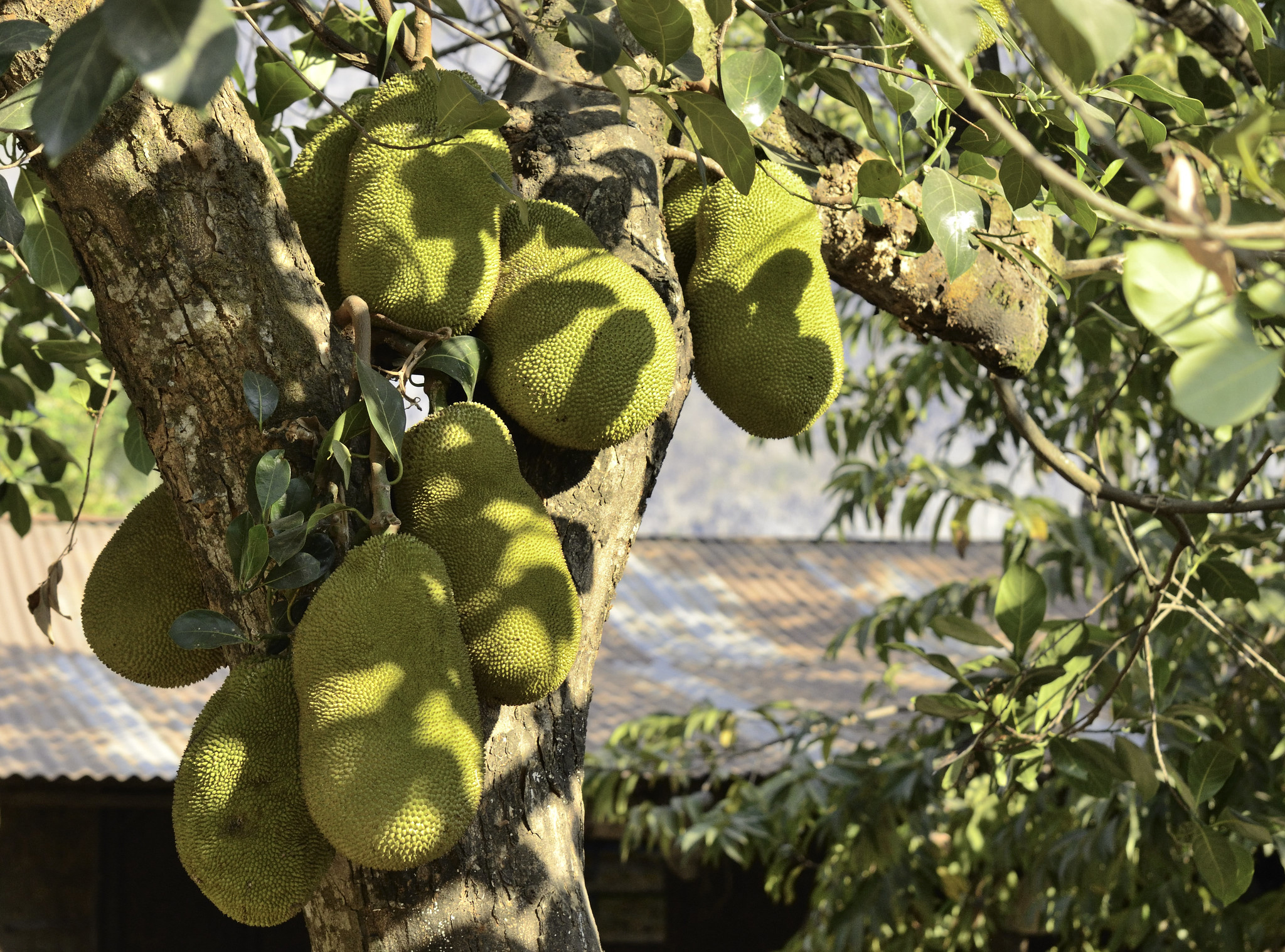