Anxiety on Public Transport: Jobsworths versus Your Well-Being 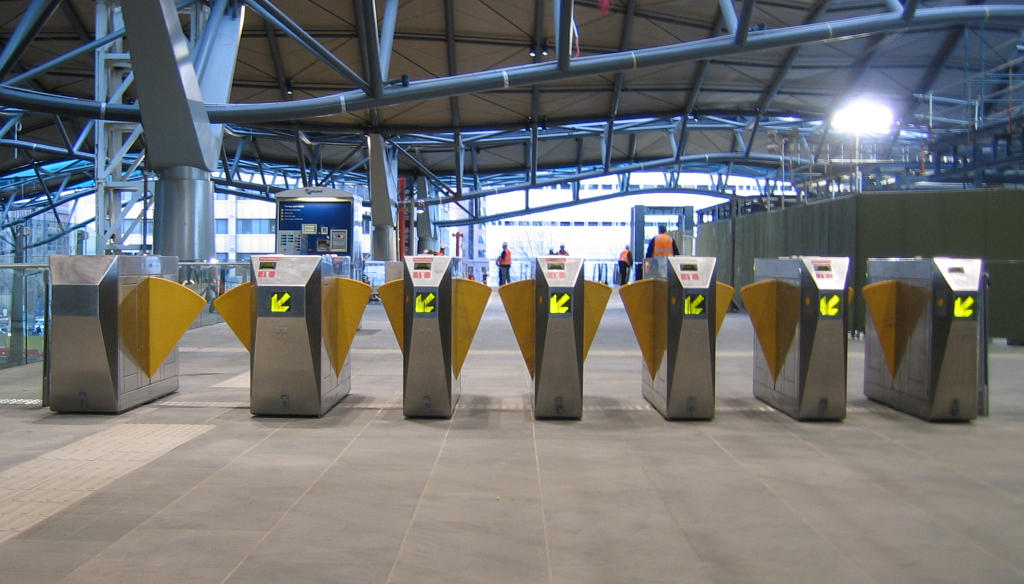 Hands up readers, and those on their mobiles at the back!!  Honesty is the best policy.  Right and right-on!

A long, long time ago I was sitting at the kitchen table waxing lyrical with my Lithuanian cleaner Emilija and was heading later that day for New York City, a place very dear to my heart.  The packing was done and I was feeling very comfortable with my preparations for the journey ahead.  As the conversation ebbed with the draining mugs of coffee and the last Jaffa cake lunged from the plate, my cleaner began her tasks and I went to finalise our departure.  I double-checked the passport and the tickets and then I had my “Tom and Jerry moment”. NO no no… not a Jerry Springer moment … but Tom as in cat and Jerry as in mouse.  Today that would be an OMG moment.  O as in Oh, M as in My, and G as in God!

I looked down at my print-out of the ticket and the plane was leaving in an hour’s time from Heathrow Airport, which was roughly an hour’s drive away.  One might look at the situation the only way was eeeeeeeeeeeeeeeeeeeeeeeeeek, and it was all down to me.  A taxi was booked to deliver us at speed to Heathrow, and prayers were said.  It was me who said prayers and out of the taxi and across the concourse, skidded to the Virgin Atlantic desk.

I announced, and perhaps in Jerry Springer tones my confession of guilt. “We are due to be on the flight at noon and I misread the ticket and we didn’t leave in time and it is my fault and can you help us?”  I clearly remember his utter utter disbelief in registering that I had told the truth, that I hadn’t blamed the airline or told an imagined whopper.  Clearly my eyes were red having sobbed in frustration at my error and idiocy.  Anxiety was kicking in. The chap pondered and then with immediacy said, “We can get you on the Virgin flight in two hours time, and you’ll be there only ninety minutes after the flight you missed”.  Honesty was and is the best policy.

A couple of weeks ago my Mother had asked that I accompany her to Weymouth to visit her old school friend.  There was some confusion in my mind, it appears, within a window of twenty-four hours.  I booked the tickets for the 10th returning on the 11th. But, on the day before the trip, my Mother texted to confirm her arrival on the 9th, envisaging our travel to Weymouth on the same day, returning on the 10th   Oops, wrong dates on the ticket. A ‘reasonable man’ suggested that British Rail would change the tickets perhaps with an uplift to cover any shift in the price of the tickets plus an administration fee.  And so, on arrival at Waterloo station today, I queued in line, and eventually met with an employee of the Ticket Office as it became my turn.  I duly explained that I had booked the rail tickets for my Mother, and for a departure the next day rather than today, in error.  I did not go in to circumstances at the time, nor did I slide between the curtained-veils of excuses.  I owned up to my error in expectation of some re-arrangement being possible albeit with some nominal fee being paid, and I kept the ‘reasonable woman’ uppermost in mind.

In the Land of the Robot Inspector

“These are advanced tickets.”  “These are cheap tickets.  There is no refund on advanced tickets.  Advanced tickets are not exchangeable.”  “They cost £92.50.” I said. “Hardly cheap!”  “You cannot use these tickets for travel. You can only buy new tickets.” By now all my tickets are lined up in a row ready for him to take further verbal pot-shots at.  “You will have to buy new tickets, and two singles to Weymouth cost £120.00.”  In the land of Robot-like Customer Service you might anticipate my being dumbfounded.  For this sort of price, you could probably have already taken off to France, Spain or Turkey with Ryanair, or have gone back to school on the Hogswarts Express.   Hard to believe we are talking Weymouth but let’s stay with it.   I know that explaining the fragility of my Mother or the senility of my Mother, or creating an untruth is not what I do.  We all can recognise a ‘jobsworth’, and here before me was a fully functioning jobsworth.   The notion of ‘errors and omissions excepted’ left our lexicon long ago.  With inner resignation and acceptance I said, “I am sure it will be possible for my Mother and I to travel tomorrow”.  I collected the row of tickets and set out to buy our picnic supper.

Our Thelma and Louise moment…

Mother and I boldly set out to the barriers.  I should have realised that we could not boldly go where others had gone years before.  We were date-napped by our ticket identity, programmable to enable easy date-arrests.  The barriers did not budge.  We were stuck on the wrong side of the barrier paddles. A cheery sloth-like chap languishing against the barriers moved forward to ask to see our tickets.  I handed them over, and he gave them a cursory glance and opened the main gates.  We were on-platform and on-track.  On the packed five-carriage train the next cheery chap glanced over the tickets and again handed them back.  Our passage was secured.  Banking on my wits and a chain of Mr Bean inspectors was the best thing to do.  It happens in Hollywood, as people weave and dance through Airport channels to make it to their destination.  And so we did make it eventually on the slow train to Weymouth.

Was British Rail honest in not having a policy of ticket exchange, albeit with an administrative cost, to allow for that really rather quaint expression to be recognised: errors and omissions excepted?  In today’s world there are no exceptions it seems.  We are all required to be one hundred percent accurate one hundred percent of the time.  We are all managing more and more expectations. In contemporary times there is no room for error.  There is seemingly no room for administrative mistakes.